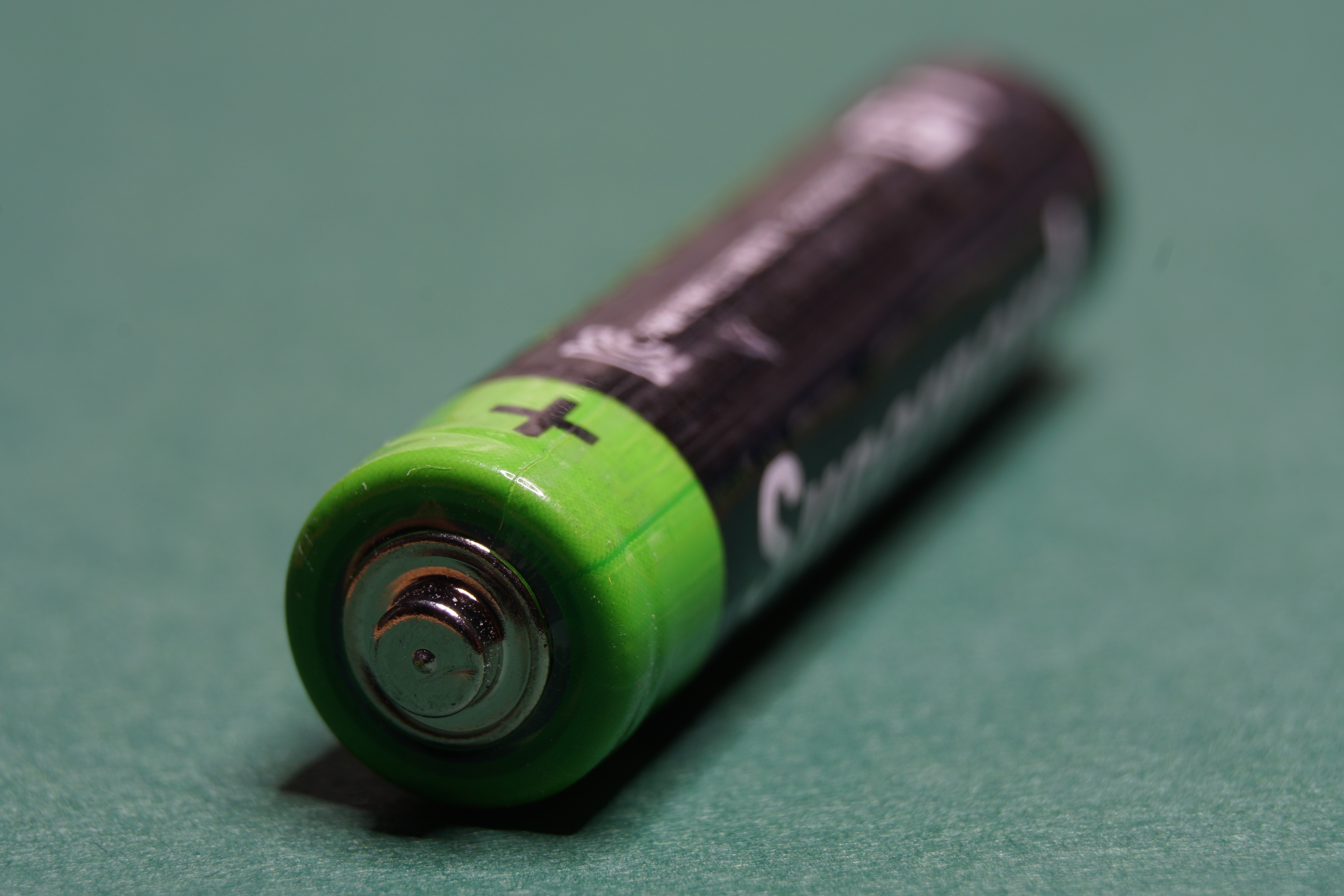 Ebike’s need batteries. You know it, I know it, everyone knows it (I hope)! But this raises the question, what kind of battery do I get for my ebike? What is the best ebike battery?

If you’re confused about words such as lithium-ion, DC, volts and amps, then you’re in the right place!

Keep reading and we’ll take you from know-nothing-Noel to extensive-expertise-Edith.

It’s true. There are so many different terms you need to know to navigate the world of ebikes.

I want to make sure you know all the high tech lingo. So you too can speak the ebike language. If someone doesn’t know what watt-hours means, throw these definitions in their face. Yeah!

We’ll be likening a lot of these words to an analogy to better understand them. We’ll be using the water-flow analogy.

We use this analogy to relate electricity to water flowing through a pipe.

On to the definitions! 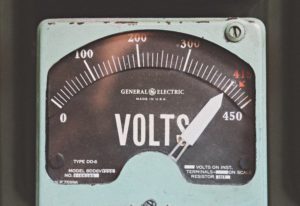 In our water-flow analogy, volts are equivalent to the pressure of the water flowing through a pipe. A higher voltage means a “higher pressure” flowing through the pipe.

Common voltages for ebikes are 36V and 48V. However these are called “nominal voltages” which we’ll explain a little later in this article.

Amperes, (the actual name for Amps) are the international standard unit for electric current.

Amps are equivalent to the diameter or size of the pipe with water flowing through. So more amps means a larger pipe and more water flowing per second. Assuming the pressure (volts) remains constant.

Amp-Hours, or Ampere-Hours (Ah), is the measurement of amps multiplied by time. This gives us an indication of capacity.

Watts (W) are a unit of power! You may be familiar with cars outputting horsepower. 150 horsepower is equivalent to 111 kilowatts. Kilo watts! That’s 111,000 watts.

One watt is one volt multipled by one amp.

Most ebike motors define their output power in watts.

Watt-hours is a unit of power per a specified amount of time. Compared to watts which measure power in a single moment.

Think of it like speed and distance. The speed of your car would be watts, whereas the distance travelled would be watt-hours.

Now you know the important terms let’s learn some more about ebike batteries!

Picking The Type Of Battery

There’s quite a few types of battery that you could power your ebike with.

Some of the most common battery types include:

The names of these batteries come down to the chemistry used inside them. What makes them work is a combination of different chemicals. These interact to produce electricity! (Very simplistic view, but we don’t really need to know much more than that.)

So how do you decide what type of battery to use?

Here’s a quick rundown on each type and their uses. 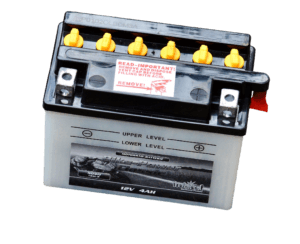 Deep-cycle lead acids batteries are like these ones here

Is this the best ebike battery?

We all know that more capacity is good in the ebike world, right? So we probably don’t want to use an overweight, clunky lead acid battery.

We’re not going to get very good range because we need to make our bike so heavy!

Nickel-Cadmium batteries are very rugged and forgiving. This allows for large cycle counts if maintained correctly.

They’re able to be ultra-fast charged without compromise, and have great load performance. Meaning they won’t sweat it if you punch the throttle!

Nickel-Cadmium is most often used in the airlines. Yet it has some drawbacks.

It has low power density. Has a memory effect so needs to be discharged (fully!) periodically. Plus it has a very high (shockingly in fact) self-discharge rate. Nickel-Cadmium batteries will self-discharge 20% over the first 24 hours after being charged.

All of these drawbacks make them not very good ebike batteries. But it still can be done if you were really determined!

Nickel-Metal-Hydride batteries can hold about 40% more charge than Nickel-Cadmium. They also have less of a memory effect so don’t need to be fully discharged as much.

However Nickel-Metal-Hydride batteries don’t have decent longevity. They’re also fickle to deal with when charging. Requiring a complex charge algorithm. Nobody wants to fluff around with that!

They generate heat quickly and have high self-discharge.

They’re in our smartphones, our laptops and our digital cameras. Pretty much everything we use in our day to day lives has a lithium ion battery.

In my own ebike battery, I have Samsung 25R 18650 cells. These have lithium manganese nickel chemistry.

Now these are the type of cells you want for the absolute best ebike battery!

. Alternatively you can get batteries that mount on a rear rack

over your rear wheel! 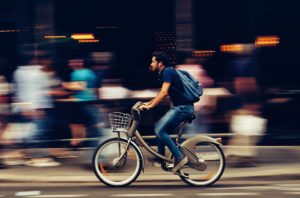 What Do Volts And Amps Do?

Volts and amps are two very important parts of choosing an ebike battery. They can make or break your build (or set your bike on fire by accident too!)

What Do Volts Do To My Ride?

Every ebike motor designed will have been made with a specific input volt range.

This means that you cannot power your ebike with too little, or too many volts.

Too little volts means that you won’t have enough pep to give the motor. Too many volts will fry the sensitive electronic components inside the motor.

Most ebike motors will accept either 36 or 48 volts. These are the two most common nominal voltages.

That’s another important thing to know about ebike batteries. They’re most often measured by nominal voltage. Nominal voltage is just a fancy way of saying the average voltage. This is because each cell inside a battery can hold a specific range of volts.

Most Lithium-Ion batteries (Li-Ion) will have 18650 cells inside. Lithium Cobalt Oxide battery cells hold 4.2V when fully charged and 3.0V when discharged.

My ebike battery has lithium manganese nickel cells, which we’ll focus on here.

Volts translate into speed on your ebike. If you juice up your ride with more volts (but still within the operating limits of your motor!!) then you’ll reach a higher top speed. Assuming everything else stays constant.

I have a 52V battery from Luna-Mate (the New Zealand/Australia equivalent of Luna Cycle.)

Fresh off the charger I get 58.8V of jaw dropping power and speed!

Okay, but what about amps?

Amp Up My Ride?

Amps are the measure of flow at a certain pressure (volts) right?

What this translates to in real life is torque! More amps that your motor has available and can handle at once means more wheelie popping torque.

This is simply the rating of the battery. The motor might not pull that much current.

Motors only pull as much current as they need, so you won’t be able to kill a motor by selecting a battery with too high of a current output.

So if volts are the “oomph” into your ride, amps are how quickly the battery can deliver those volts. More volts = more “oomph”. Higher amp rating means more “oomph” per second (or whichever time interval you want to use). So you get more power all at one time meaning more torque.

So What Is The Best Ebike Battery? 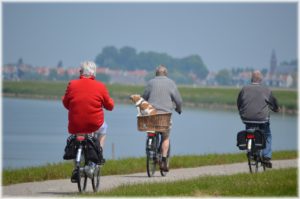 If you’re after a reliable, safe and proven ebike battery, lithium-ion is the only way to go.

As more and more people get ebikes and demand lithium-ion batteries, they’re going to become more affordable. At the moment a reputable battery will cost around $500USD.

Even though they are currently the best ebike battery, lithium-ion may not stay that way forever! Which is why you’ll find information on battery updates here!

Lithium-ion batteries need to be cared for in a specific way. We’ll explore this in another post in extensive detail!

If you want to combine your newly picked battery with a kit for your mountain bike – check out this article here!

For now, just keep your eyes peeled for the best ebike battery deals you can. Stores such as Luna Cycle or EM3EV will have great batteries that are safe and reliable.

I hope you’re now more informed about your battery choices! There’s still plenty to learn, but we can learn it as we go. 🙂

Have fun and as always, feel free to reach out to me in the comments or contact me here!

25 Replies to “The Best Ebike Battery: A Beginner’s Guide”